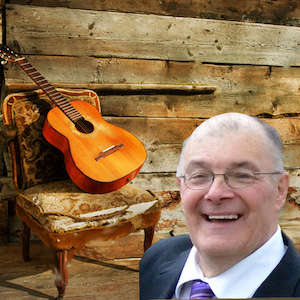 "250 miles away, my parents looked after each other in their 80s, my mother on strong pain relief and sleeping a lot, my father requiring brief respite to a home for both their best care.

"We discussed their welfare together, and Mum's for 18 months after Dad died. Although only once, I also visited an aunt with a form of dementia in sheltered accomodation. Later, her eldest son, a close cousin, had early onset dementia and died in his late 60s, having been placed in two different care homes as he quickly deteriorated.

"I was aware that all the people I saw, who were often ignoring the TV, had little access to what was probably the music we are told they respond to (and other entertainment), while their carers or domestic staff were too overloaded to seek such radio or tv – if any was available, even from our national broadcaster."

"I'm absolutely delighted to be part of Care Radio, and playing the music I love and have spent the last forty years presenting on the radio."

Here are Peter's most recent shows

Click here for many more of Peter's previous shows